Firstly, a huge thank you to everybody who came to help out and take part in our campaign against nuclear weapons last Friday. The day was a huge success! 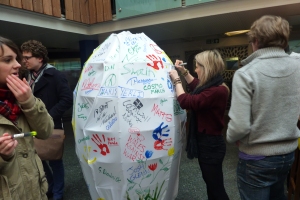 So what do we have going on this week, then? Firstly, remember that the All Student Meeting is happening TONIGHT at 5:30pm in the SU Atrium. This is your union, come along and have a say in what it does!

Yes, I know this has been in every email for the last 3 weeks now but, this Tuesday, finally, we’ll have this screening!

The film has been called one of the “greatest horror stories ever told” and accurately depicts why we desperately need to get rid of the world’s nuclear weapons.

Reuters has said the film was “convincingly argued and extremely polished”, claiming that it was “absolutely chilling”. The Observer has named it as one of the “five films to watch” at that year’s Cannes Festival, while The Guardian has called it “unmissable”.

Whether it be by terrorists and rogue nations, or by pure accident, the threat from nuclear weapons is still has high as it ever was before. Whatever your political views, this is a film every person should see.

Come along on Tuesday night at 7:00pm in S0.21 for the screening. This is the hilariously large room that the we have some reason being assigned, which is on your right as soon as you walk into social sciences from the courtyard. If you can’t find us, then give me (Tom) a call on 07554344657.

Following the film we’ll no doubt retire to the Terrace Bar to chat about the campaign, the film and where we go from here.

Looking forward to seeing you on Tuesday 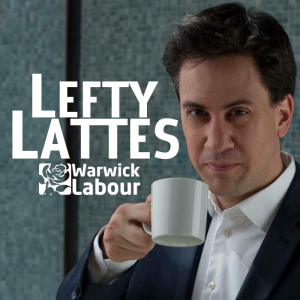 Another week, another Lefty Lattes.

The government has recently announced that they are introducing a new UK citizenship test, creating one which is to focus on “great Britons” and on the “values and principles [which are] at the heart of being British”.

However, what is it that makes somebody “British”? Should we even strive for people to feel a sense of nationalism and patriotism? What should be included on a new UK citizenship test?

Come along on Thursday, grab a hot drink from Curiousitea, and have a chat over this contentious area.

As per, meet on the Piazza, then we’ll probably move to either the Mighty Duck or the Terrace Bar, depending upon which is free.

“Dress As A Tory” Social!

This is our stand-out social of the year, so I’ll pass you over to our social sec, Lucy White…

I am inviting you all to the annual Dress as a Tory event (I hope you’re excited!) It’s always the best event of the year, and I’m in no doubt that this year will be any different!

For those of you who live on campus we will commence at the dirty duck at half 7, then meet all the leam lot at the robin’s well. I was thinking from there onto kelseys and then i was going to put it to a vote where we end up, the choices are smack, altoria, or saints, so let me know what you all think!

Dress code is obviously as formal and as ridiculous as possible! We don’t often do fancy dress so this is an opportunity to go all out! Charity shops in Leam are perfect for this kind of event, it is pearl necklaces and blazers galore in those places!

Let me know if you want to know anything else, and even if you haven’t been to much this year, this is definitely not one to miss! 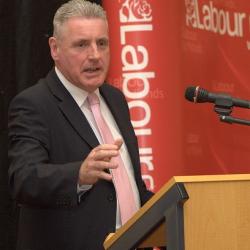 As well as being a Warwick graduate, Vernon has been MP for Gedling since 1997 and is also presently the Shadow Secretary of State for Northern Ireland.

Vernon will be talking about his time at Warwick, student politics and his current role as an MP and his involvement in the shadow cabinet. He is a fantastic speaker and is highly entertaining, so this is one you want to drag yourself out of bed for!

We may even have some complementary tea and coffee laid on for you guys.

The exact room is presently TBC, however once we’re notified we’ll update the Facebook post and let you guys know.

See you (bright and early) on Saturday!

So, as you can see, we’ve got absolutely loads going on this week!