Welcome to your weekly Warwick Labour update. As per usual, we have a full schedule for this week so we hope to see you at one of our events! 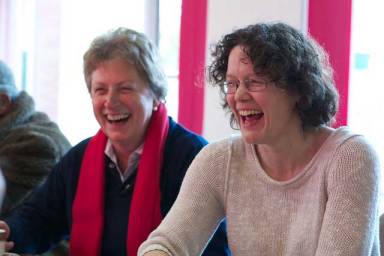 A smaller, female version of Malcolm Tucker is coming to campus to give Warwick Labour a talk about campaigning!

Caroline Badley is a Birmingham City Councillor and also heads up Labour campaigning over the whole city. She has been credited in the past with winning for the first time the marginal constituency of Edgbaston for Labour – once so Conservative it was Neville Chamberlain’s seat! Such is her skill as a campaigns manager – it has been retained ever since… even in the 2010 election. And if that’s not enough for you – she’s a Warwick alumni.

Caroline has kindly agreed to come and educate us in the art of doorstep politics and also talk on the national state of the Labour Party and her experiences at Warwick. Caroline’s a fantastic speaker and it will be a great event to get to the heart of nitty gritty politics. Please don’t be offended by any foul language – it seems that similarly to The Thick of It – real life campaign managers have a way with words too.

Queer Question Time is back this week with Warwick Pride’s LGBT Week.

The concept is simple: just like the regular Warwick Question Time event, only with questions fired at the panellists on LGBTUA+ issues. This time around we have Jemma Healey taking the stand for us, so make sure you come along to show her support and to ask your questions to the other panellists.

Lefty Lattes: Marx! Was He Correct?

At this week’s Lefty Lattes we’ll be discussing a somewhat controversial topic with all you political-types… Karl Marx!

In 1848, Karl Marx wrote the Communist Manifesto, calling on the workers of the world to rise up and predicting the demise of capitalism.

Throughout the late 20th Century he was considered by many to be discredited, but with the 2008 banking crisis and the current recession, are his ideas still relevant? What would he make of today’s world?

Come along for an interesting discussion and everybody, from Old Labour Socialists to New Labour Blairites, are welcome to argue their corner and take part!

As per, meet on Thursday at 5pm on the inevitably cold Piazza – look forward to seeing you soon!

Heart-breakingly, the year is coming to a close for the annual “sitting with the family getting sloshed and stuffed full of food” season. Thus Warwick Labour feels the need to have an end of term event so we can celebrate the laughs so far and add to the hilarious stories stock!

We are therefore gathering at my (Bobby’s) house on Saturday the 1st of December (Week 9) for laughs and whatnot.

My domain is 141 Kingston Road, which is just off Hearsall common and easily accessible by Number 12 bus or executive limousine (aka taxi). Buses run until just after 12 in the reverse direction and it’s not that far to walk for those campusites who feel the need. Leamingraders, you made your own transport nightmare and can sort it out yourselves.

There might be some snacks and whatnot lying around, however best to line one’s stomach in advance. Bring your own booze, enough to see you through, although there are a few off licences in the area, no throwing up on the couch or passing out in the bath. Also, don’t lose me my deposit 😛

For campus dwellers & Leamingrad residents: meet at the Piazza at 7.30pm and we’ll make for Coventry!

That’s all for this week, hopefully see you soon!